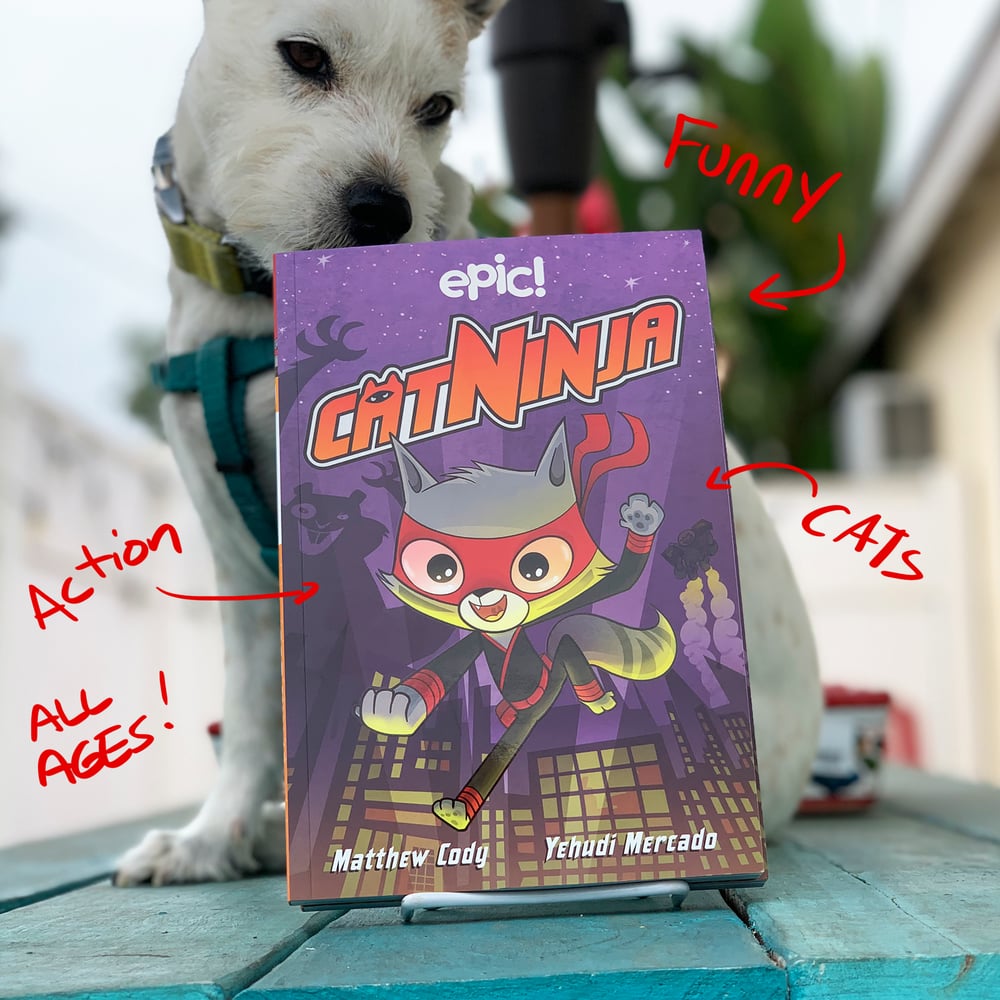 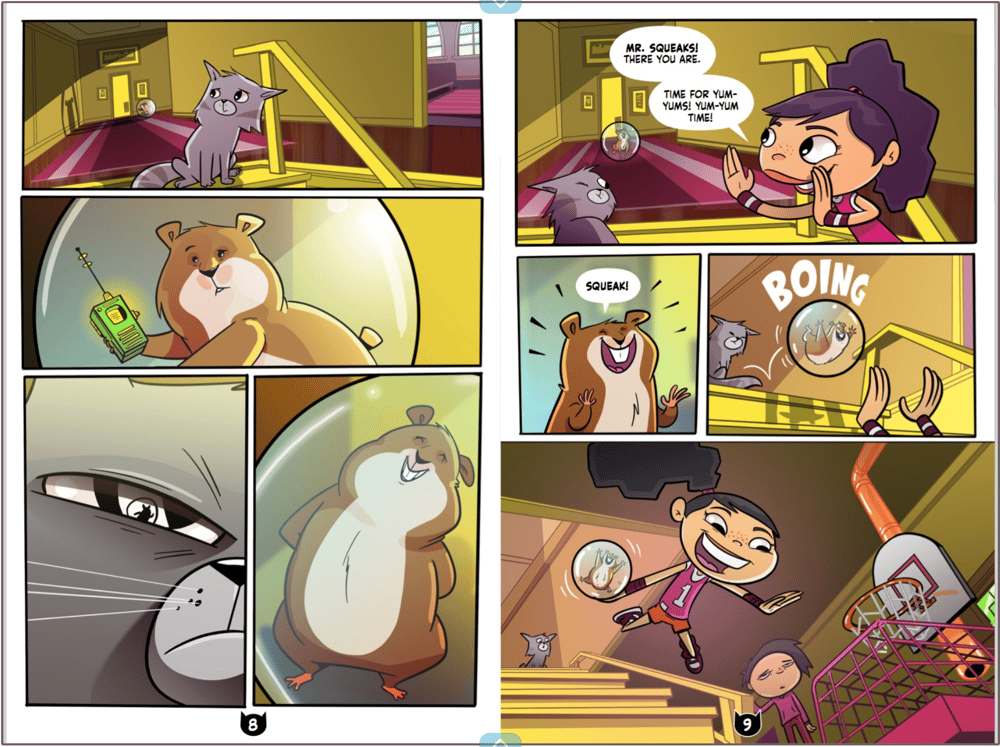 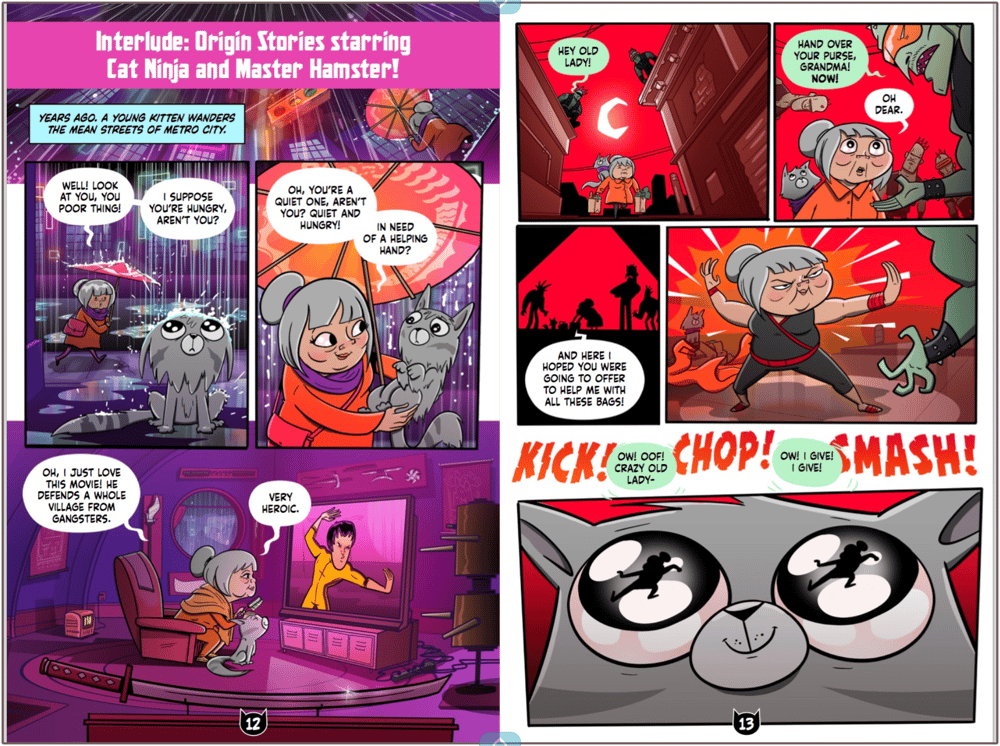 Beware, villains! Cat Ninja may appear to be nothing more than a silly internet meme. But he is evil's greatest enemy, and the silent master of Kat Fu and carpet scratching! From Epic! Originals, Cat Ninja is a hilarious graphic novel series about a lovable cat with a heroic alter-ego.

Raised from a kitten by a kindly old ninja master, Claude now spends his days as the pampered house cat of an eleven-year-old boy. But when trouble arises, Claude dons his mask and springs into action as Cat Ninja—Metro City's secret protector! In Book 1 of the series, follow our feline hero’s early exploits as he tries to keep his secret identity under wraps while thwarting the evil plans of slimy thugs, rampaging robots, and a certain rodent nemesis who lives under the same roof!